A Flyer for the Free Software Pact

Don't hesitate to print it, modify it, translate it, and spread the word! 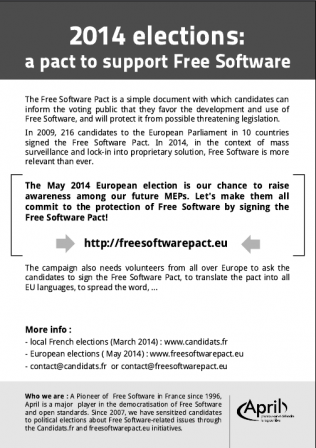 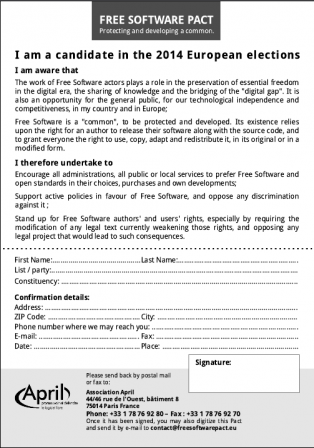 A PDF version is also available as well a the sources.